skip to main | skip to sidebar

Posted by Jimmy Hutchinson at 09:58 No comments:

Posted by Jimmy Hutchinson at 09:35 No comments:

Posted by Jimmy Hutchinson at 09:28 No comments:

Posted by Jimmy Hutchinson at 09:08 No comments: 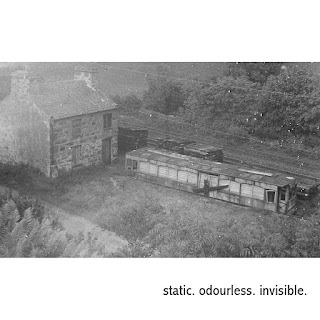 Posted by Jimmy Hutchinson at 23:51 No comments:

Posted by Jimmy Hutchinson at 16:35 No comments:

Posted by Jimmy Hutchinson at 12:49 No comments:

In a strong year for historical dramas, HBO’s miniseries Chernobyl was an atmospheric piece of filmmaking that managed a balanced portrait of tragedy and institutional incompetence. (Its occasional liberties with historical accuracy were disclosed and justified in the epilogue.) Meanwhile, Netflix dramatised the 2008–2011 Washington and Colorado serial rape cases in Unbelievable; and the streaming service also released When They See Us, which was based on the 1989 Central Park jogger case.

Tell Me Who I Am was the year’s strongest documentary: a British film about Alex Lewis’ amnesia, his complicated relationship with his twin brother Marcus, and the final shocking revelations about their childhood. Louis Theroux made three more documentaries about sensitive subjects on the BBC; and the bizarre court battles of suspected concentration camp guard John Demjanjuk were documented in The Devil Next Door. (Demjanjuk’s court appearances had already been discussed in some depth in 2018’s more satisfying The Accountant of Auschwitz, about Oskar Gröning.)

2019 saw the reboot of Jim Henson’s The Dark Crystal via the prequel series Age of Resistance: a bold undertaking that expanded on the show’s mythology in an inventive manner, while maintaining the dark tone of the 1982 film. Later in the year, the Star Wars saga launched its first live-action series The Mandalorian, which follows the adventures of a bounty hunter in the period following the events of the original trilogy. The series maintains a restrained Western-flavoured tone, while expanding on the universe but staying respectful to its core elements (a feat that The Rise of Skywalker catastrophically failed to achieve).

BBC police drama Line of Duty entered its fifth series in a typically bold manner, but was ultimately a little dissatisfying. Disillusionment with the last season of HBO’s Game of Thrones has been well documented, but the show did manage one final spectacular battle in the episode ‘The Long Night’. True Detective returned, and while it failed to match the quality of its first season, the third instalment was a significant improvement on the second one and more in keeping with the original tone.
Posted by Jimmy Hutchinson at 09:51 No comments:

David Lynch’s Mulholland Drive and Billy Wilder’s Sunset Boulevard both explore the darker sides of the Hollywood film industry. However, Quentin Tarantino’s Once upon a Time in Hollywood is, in many ways, a heartfelt homage to his childhood in 1960s Los Angeles – and the prevailing sense of innocence before Charles Manson dominated the headlines. Being a Tarantino film, it’s not short of dark humour or violent scenes, but for the most part it is a restrained portrait of a specific period in time – and one that adopts a refreshingly respectful attitude to its historical characters.

There is nothing retrained about Jordan Peele’s Us, in which a family is terrorised by their twisted doppelgängers, but the film is a thrilling exploration of duality and oppression (which also manages some surprising belly laughs along the way). However, there is little relief to be found in Ari Aster’s Midsommar, in which a young group of friends take part in an ancient Swedish festival of an increasingly sinister nature. The film chooses an original setting in which to explore a disintegrating relationship. And the damage that divorce can do to a family is explored in the surprising Marriage Story.

South Korean filmmaker Lee Chang-dong adopted Haruki Murakami’s short story ‘Barn Burning’ into 2018’s Burning, which was released in the UK this year. Despite relocating the Japanese story to Korea and making the characters younger, the film establishes a very Murakami-esque sense of mystery, and maintains a subtly disquieting tone throughout.

It’s unlikely that Mike Flanagan’s Doctor Sleep will be discussed and analysed for as long (and in the same depth) as Stanley Kubrick’s The Shining, but the film addresses the conflicts between Kubrick’s film and both of Stephen King’s novels in an inventive manner. The members of the cast all turn in fine performances, and the cinematography effectively evokes the original film’s atmosphere while managing to achieve something unique.

While Martin Scorsese’s The Irishman was a profound disappointment, Todd Phillips revisited the themes of King of Comedy and Taxi Driver for a very different kind of comic book movie in this year’s Joker. It’s not without its flaws, but Joaquin Phoenix gives a fantastic central performance – and the film offers a refreshing contrast to the market dominance of Marvel.

Meanwhile, Peter Strickland delivered another effective giallo homage in the form of In Fabric – a darkly comic satire on mass consumerism about a haunted dress from a mysterious department store.
Posted by Jimmy Hutchinson at 14:41 No comments:


2019 has been a very strong year for ambient music, with both Hammock and A Winged Victory for the Sullen releasing serene new masterpieces. Brian Eno’s landmark 1983 Apollo album received a long-overdue rerelease (in time for the 50th anniversary of the moon landings), and he re-entered the studio with Daniel Lanois and Roger Eno to record a respectable companion piece entitled For All Mankind. Meanwhile, Spencer Doran curated an outstanding compilation of Japanese ambient music from the 1980s: Kankyō Ongaku.

This was also a strong year for instrumental guitar music, with Russian Circles releasing their most aggressive album yet: Blood Year. Earth returned with the majestic and psychedelic-flavoured Full upon Her Burning Lips. MONO celebrated their 20th anniversary with a slightly disappointing new album (Nowhere Now Here) and a furious live E.P. (Before the Past).

Chromatics released more of their trademark icy ballads on Closer to Grey, but there is still no sign of the long-awaited Dear Tommy. Iggy Pop followed 2016’s Post Pop Depression (which revisited his Berlin era) with the sparse and lightly jazz-flavoured Free.

One of the strongest components of HBO’s Chernobyl series was Hildur Guðnadóttir’s disquieting soundtrack, and its dark textures work just as well in isolation. Sunn O))) returned with two impressive new albums (Pyroclasts and Life Metal), while on the more minimal front William Basinski released On Time Out of Time.

Posted by Jimmy Hutchinson at 16:18 No comments:

Jimmy Hutchinson
This is a blog created in association with www.7thSun.co.uk/ - a musical project based in the North East of England.